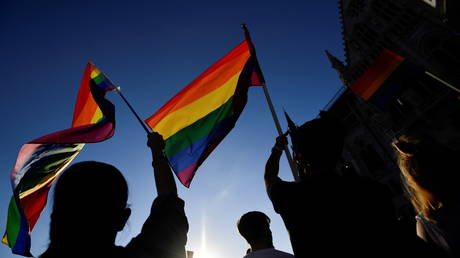 The Hungarian prime minister has hit out at the European Union for overstepping its remit in opening infringement procedures against Budapest, and promised a referendum on the law to protect minors from LGBTQ+ promotion.

Speaking on Wednesday, in a video published on Facebook, PM Viktor Orban blasted the EU’s “attack” on Hungary for its adoption of laws that supposedly protect children from LGBTQ+ propaganda.

He said Brussels was now demanding amendments to Hungary’s new Child Protection and Family Protection Acts, but stated that he was not prepared to back down when the future of the country’s children was at stake.

“Hungarian laws do not permit sexual propaganda in kindergartens or schools, on television and in advertisements,” he said, adding that, in Western Europe, LQBTQ+ activists propagate their message in educational institutions. This would not be allowed to take place in Hungary, he affirmed. (RT)