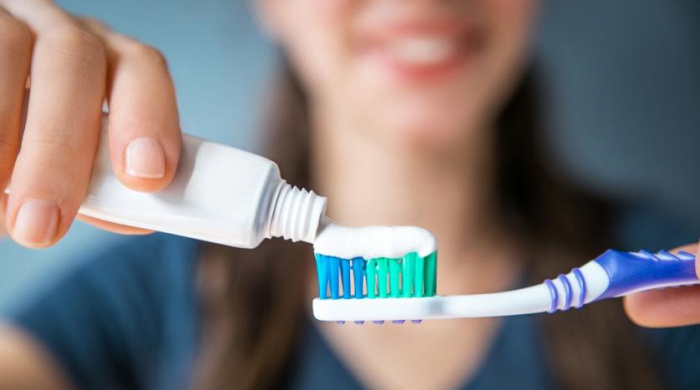 People who brush their teeth three times a day are less likely to develop atrial fibrillation or heart failure than those with less consistent oral hygiene habits, a Korean study suggests.

Researchers examined data on 161,286 people with national health coverage and no history of atrial fibrillation, heart failure or other cardiovascular diseases. After following at least half for about 10.5 years, a total of 4,911 people, or 3% of the study population, developed atrial fibrillation and 7,971 people, or 4.9%, developed heart failure.

Getting regular professional dental cleanings was also tied to a 7% lower risk of heart failure while having 22 or more missing teeth was linked to a 32% higher heart failure risk.

In atrial fibrillation, electrical impulses in the upper chambers of the heart are chaotic, causing that part of the heart muscle to quiver rather than contracting normally. As a result, blood doesn’t move as well to the heart’s lower chambers. This can lead to the formation of clots that can cause a stroke.

Heart failure happens when the heart muscle is too weak to pump enough blood through the body. Symptoms can include fatigue, weight gain from fluid retention, shortness of breath and coughing or wheezing.

Some previous research suggests that poor oral hygiene may cause bacteria to seep into the bloodstream, provoking inflammation throughout the body, the study team writes. Inflammation can increase the risk of both atrial fibrillation and heart failure, some previous studies have also found.

It’s possible that frequent tooth brushing reduces bacteria in the so-called subgingival biofilm, the pocket between the teeth and gums, the study team writes. This might help prevent bacteria from entering the bloodstream.

In the current study, participants had at least one routine medical exam between 2003 and 2004. Among other things, researchers gathered data on height, weight, lifestyle habits, any chronic medical issues, and oral health and hygiene habits.

The connection between tooth brushing and atrial fibrillation and heart failure persisted even after researchers accounted for other factors that can influence risk for these heart problems, like age, sex, socioeconomic status, exercise habits, alcohol consumption, obesity and high blood pressure.

The study wasn’t designed to prove whether or how oral health or tooth brushing habits might directly impact heart health.

One limitation of the study is that the results in the Korean population might not represent what would occur with people from other countries or different racial and ethnic groups, the study team notes.

Researchers also lacked lab studies to confirm whether patients had atrial fibrillation or heart failure, and they didn’t have X-rays to determine whether participants had periodontal disease.

Even so, the results add to evidence linking poor oral hygiene to cardiovascular diseases, Dr. Pascal Meyre of University Hospital Basel in Switzerland and Dr. David Conen of McMaster University in Canada write in an editorial accompanying the study.

“It is certainly too early to recommend tooth brushing for the prevention of atrial fibrillation and congestive heart failure,” Meyre and Conen write. “While the role of inflammation in the occurrence of cardiovascular disease is becoming more and more evident, intervention studies are needed to define strategies of public health importance.”

Even among smokers, people who eat more fiber and yogurt may be less likely to…