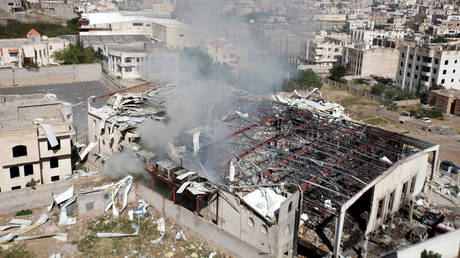 Amid the Saudi-led military campaign in Yemen, some of its soldiers were taught in the UK how to look good in front of the world’s media in case of any “potential wrongdoing,” a new report says.

Ministry of Defence data published by Declassified UK reveals that hundreds of Saudis entered the country for training at six Royal Air Force (RAF) sites in 2019. As the Saudis arrived, their country’s campaign against Yemen’s Houthi rebels entered its fourth year, and a ban on UK-made weapons exports to the desert kingdom came into effect, in response to growing human-rights concerns.

Although the UK’s training of Saudis is not a secret, Declassified’s report reveals more details about the volume of foreign military troops being trained in the UK, and what that training entailed.

Also on rt.com Britain ‘broke own rules’ by failing to inspect factories making bombs for Saudi Arabia’s war in Yemen

Some of this training was of the traditional military variety. Ninety Saudis were trained in the use of the Typhoon fighter jet, manufactured by British defense firm BAE Systems. The Saudi military operates a fleet of Typhoon fighters, which have played a central role in its devastating aerial campaign against the Houthis – and the country’s civilians and their food supply.

Another 180 were trained at RAF Cosford’s Defence College of Technical Training in Shropshire, and 20 instructed in fast jet flying at RAF Valley on Anglesey. However, given the global outrage over the Yemen campaign, it’s unsurprising that a number of Saudi troops were schooled in public relations during a “tactical targeting” course at the Royal School of Artillery in Larkhill. (RT)