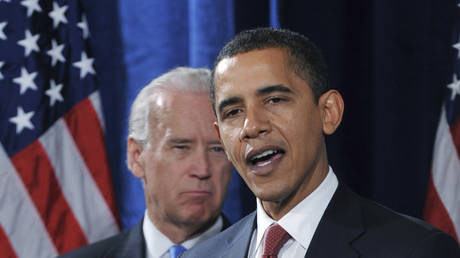 Democrat presidential candidate Joe Biden has been nominated for a Nobel Peace Prize by UK Labour Party lawmaker Chris Bryant, who credited the politician for easting political tensions amid violent protests across the US.

“When American cities have been in flames and citizen has been pitched against citizen, Joe has been a calming influence to bear,” Bryant reportedly said Monday. “When others have resorted to violent solutions, he has argued that the best force is the force of argument because guns can stop a heart, but well-placed words can change many hearts, and many hearts can change the world.”

The nomination came just one day before the first US presidential debate. Biden’s rival, President Donald Trump, has been nominated for the Nobel Peace Prize three times this year, most recently on Monday by Australian law professors praising the “Trump Doctrine” against endless wars. (RT)