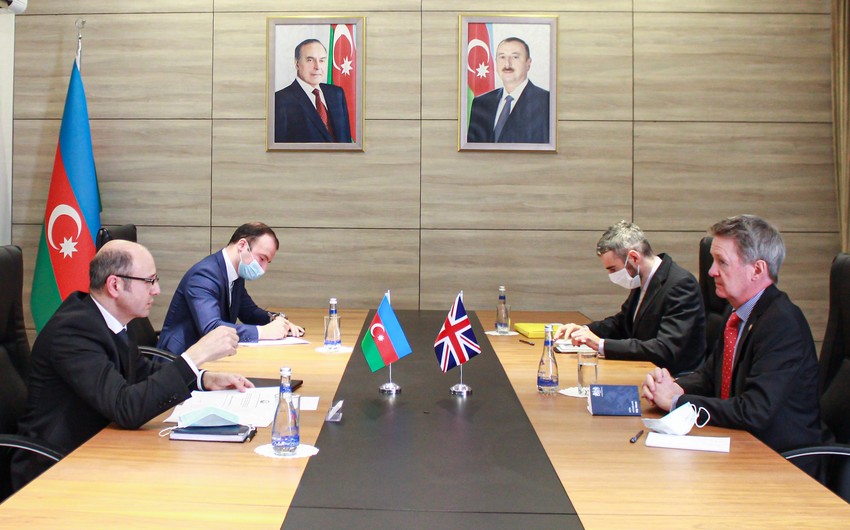 The meeting focused on bilateral relations, opportunities for cooperation in the energy sector, and the establishment of green energy zones in the liberated territories of Azerbaijan.

Noting the successful development of bilateral relations between Azerbaijan and the UK in all areas, including the energy sector, the Minister spoke about the fruitful cooperation with BP and praised the joint efforts in line with the energy sector’s challenges, including the development of renewable energy. He reported the plans to restore the liberated areas and create a green energy zone, as well as the high potential for the use of renewable energy in these areas.

The ambassador said that British companies were interested in the reconstruction of the liberated areas in electricity and the development of renewable energy in Azerbaijan.