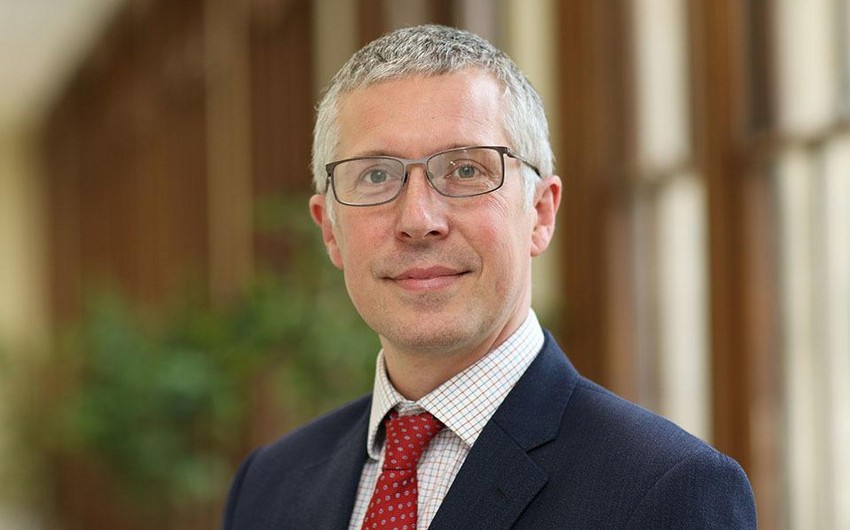 Since February 24, the UK has provided nearly £4 billion in military, humanitarian and economic support to Ukraine, and more than 186,000 visas have been issued to Ukrainians seeking safety in Britain, British ambassador to Azerbaijan Fergus Auld, Report informs.

The envoy said Russia’s attack on Ukraine is a baseless, deliberate attack on a sovereign and democratic country: “We stand by Ukraine in this difficult time.”

The diplomat said that Great Britain is helping Ukraine as much as possible, and at the same time, it has done things to strengthen the international response to the occupation:

“I am sure that Azerbaijanis, like their Ukrainian friends, understand the importance of sovereignty and independence. Azerbaijan had to fight for its freedom throughout history. I highly value Azerbaijan’s invaluable support to Ukraine’s territorial integrity and the humanitarian assistance.”

Recalling that Russia announced partial mobilization last week and organized “referendums” on the sovereign territories of Ukraine, Fergus Auld attributed this to the failure of the Russian occupation: