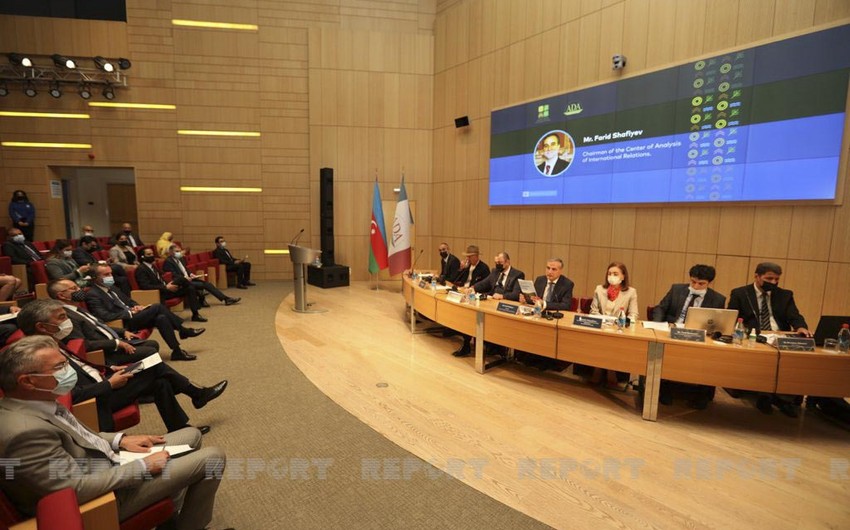 The Ministry of Ecology and Natural Resources and ADA University held a briefing on the state of the environment and natural resources in Eastern Zangazur and the Karabakh Economic Zone of Azerbaijan for the representatives of the diplomatic missions accredited in Azerbaijan.

Report informs that Deputy Minister of Ecology and Natural Resources Vugar Karimov, Chairman of the Center of the Analysis of International Relations Farid Shafiyev, photojournalist and researcher Reza Deghati, chief of the Fundraising and Communications Department of the Karabakh Revival Fund Aybaniz Ismayilova, IDEA Executive Director Surkhay Shukurov, specialist on water, chairman of the Environmental Public Union ‘Towards Healthy Life’ Rovshan Abbadov made a presentation at the event.

Speaking at a briefing attended by more than 70 representatives of the diplomatic missions in Azerbaijan, Deputy Minister Vugar Karimov noted environmental crimes committed by Armenia in the East Zangazur and Karabakh economic zones and informed the participants about the damage to the environment, saying that work is underway to eliminate the consequences.

The briefing also featured a photo exhibition by international photojournalist Reza Deghati on the East Zangazur and Karabakh economic zones.