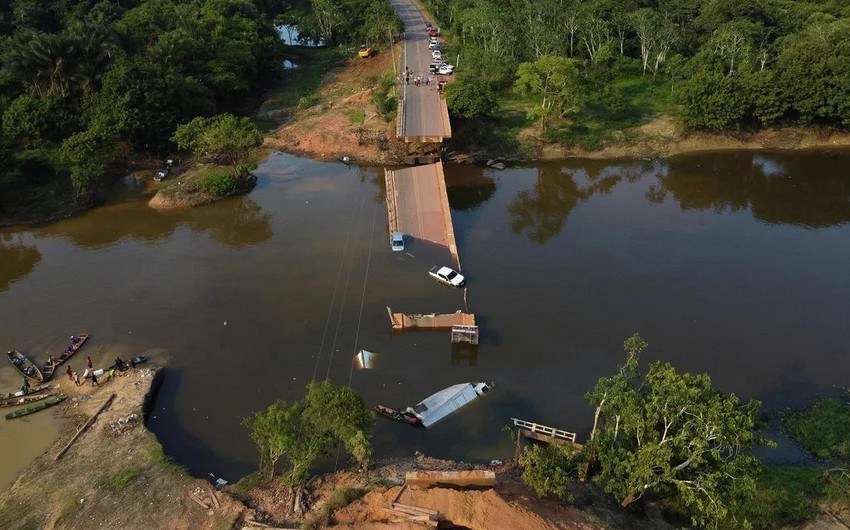 At least three people died and up to 15 are missing after a bridge collapsed in the Brazilian state of Amazonas, Report informs, citing foreign media.

The Amazonas Fire Department said it was looking for as many as 15 people after the collapse of a bridge on the BR-319 highway in the city of Careiro, about 100 kilometers (62 miles) from the capital Manaus.

It added that another 14 people were injured in the collapse that occurred as some vehicles were crossing the bridge.