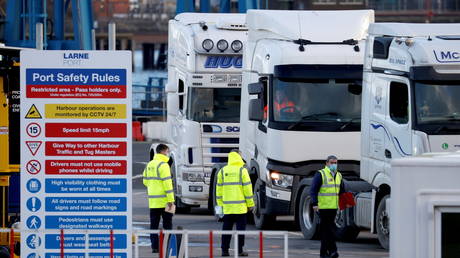 Problems with food supply into Northern Ireland from Great Britain are “clearly a Brexit issue”, Ireland’s foreign affairs minister has said, amid reports of food shortages and “bare” supermarket shelves.

Speaking to ITV on Wednesday, Simon Coveney said the shortages were “part of the reality” of the UK leaving the EU. “Let’s not pretend Brexit doesn’t force that kind of change,” he added.

UK International Trade Secretary Liz Truss, who also took part in the program, agreed with Coveney, admitting that Brexit had contributed to food shortages in supermarkets in Northern Ireland. She still defended the situation, however, saying that “a period of adjustment” was always expected and adding that the supermarket shelves “were being stocked.”

Some disappointed shoppers in Northern Ireland have been taking to Twitter in recent days, reporting empty shelves in supermarkets, while others vented their anger at the Brexit situation in general.

My local Tesco Extra last week. We’ve got shortages and empty shelves everywhere in Belfast. There are medicine shortages which I know are being covered for the time being by switching to generic brands and dispensing alternative combinations (2 x 10mg rather than 20mg tablets). pic.twitter.com/k1CNSTfahc

I am still waiting on someone to tell me if a single person or business had benefited from Brexit! Utter shambles by @BorisJohnson

One of Britain’s largest supermarket chains, Tesco, said last week that deliveries of goods to Northern Ireland, including ready meals and fresh fruit, were experiencing disruptions due to Brexit. 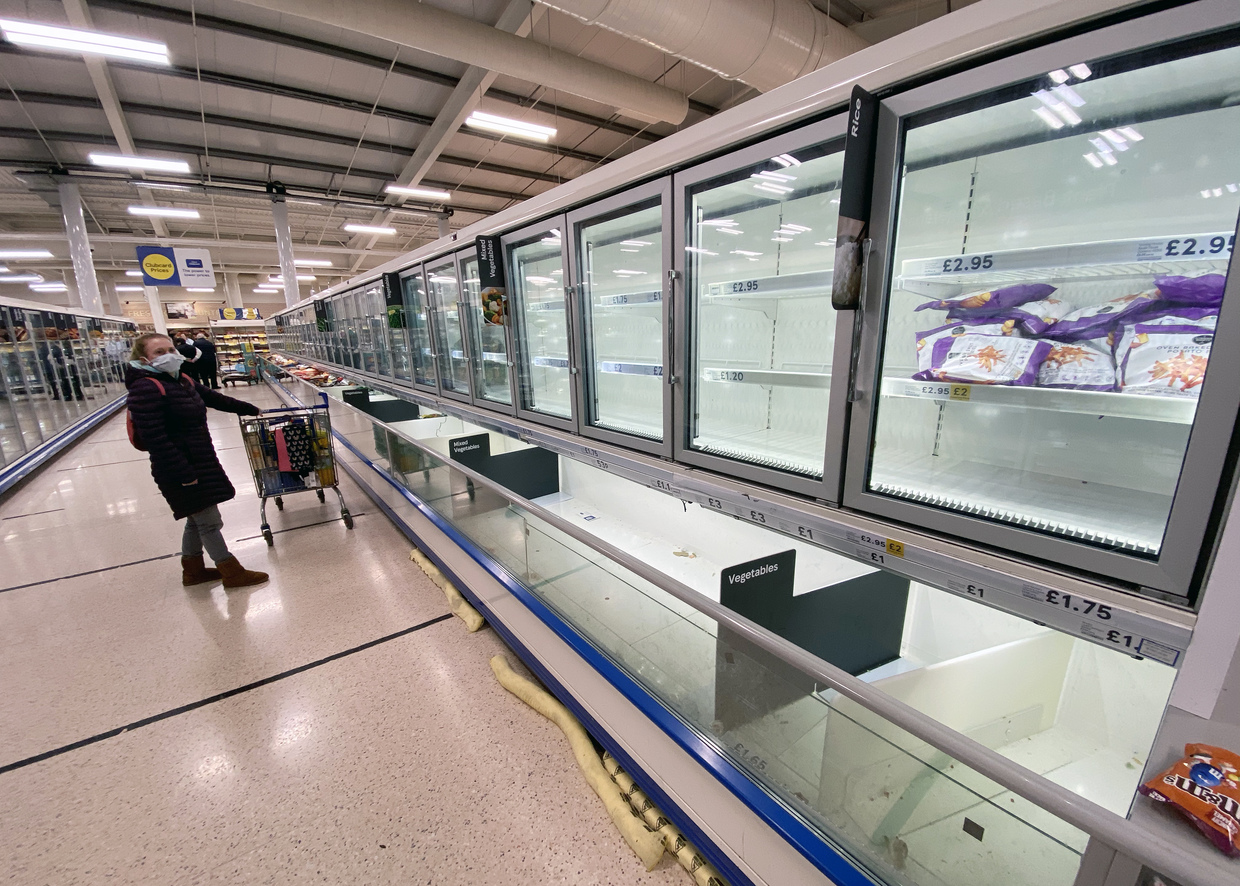 A supermarket shopper in Tescos stares at a near empty freezer cabinet on January 14, 2021 in Belfast, Northern Ireland. © Getty Images / Charles McQuillan

Despite being part of the UK, Northern Ireland has remained in the EU single market post-Brexit. The ‘Irish Sea Border’ between the two now means all commercial goods brought into Northern Ireland from Great Britain needs a customs declaration. Trade is now regulated by the so-called Northern Ireland Protocol and requires health certifications on animal-based foods. Tariffs have also been introduced on some goods considered “at risk” of moving into the European Union (ie, crossing the land border into the Republic of Ireland).

Read more:   What are the health costs of medical wastes? - iWONDER

Currently a number of grace periods lasting for up to six months are in operation before the protocol comes into full force. Among other measures, the grace periods reduce the number of veterinary health certificates required on animal-based food products.

Yet, with supply problems apparently already beginning despite the grace period, many fear the situation is only going to get worse.

The Northern Ireland/Britain international border mess was one of many predictable outcomes of Brexit. This is just the beginning of the trainwreck.

Some British politicians have recently tried to play down the influence of Brexit on food supply disruption in Northern Ireland.

On Tuesday, British Conservative Party politician who serves as Secretary of State for Northern Ireland Brandon Lewis said that the food supply disruption there is down to coronavirus and has “nothing to do with the Protocol.”

His comments prompted a withering response from Northern Ireland’s Agriculture Minister Edwin Poots, who called him “the emperor with no clothes – but instead of a small boy pointing out he’s naked, the whole crowd is pointing it out.”

Irish FM Coveney also dismissed Lewis’ claim on Wednesday, saying “The supermarket shelves were full before Christmas and there are some issues now in terms of supply chains, and so that’s clearly a Brexit issue.”