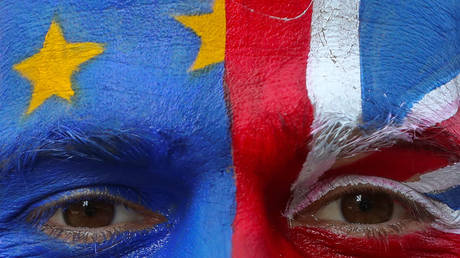 A new YouGov survey suggests it’s a case of unrequited love between the UK and EU member states. A majority of European participants said they’d be unwilling to help Britain in a crisis – much to the annoyance of many Britons.

The survey published on Monday by UK polling company YouGov questioned 21,000 citizens from 13 EU member states and the UK, which will officially leave the bloc when the transition period ends on December 31.

Even after a tempestuous Brexit process, the majority of Britons would still have love for EU nations in a crisis, the results revealed. However, nine out of the 13 other states said the feeling was most certainly not mutual.

Greek, Finnish and French people would be the most reluctant to help if the UK was in dire straits. Meanwhile, citizens in influential EU countries such as Germany, Italy and Spain also said they would be unwilling to give financial aid if needed.

Only Denmark, Sweden, Poland and Romania would be happy to help Britons through a crisis, according to the poll. (RT)