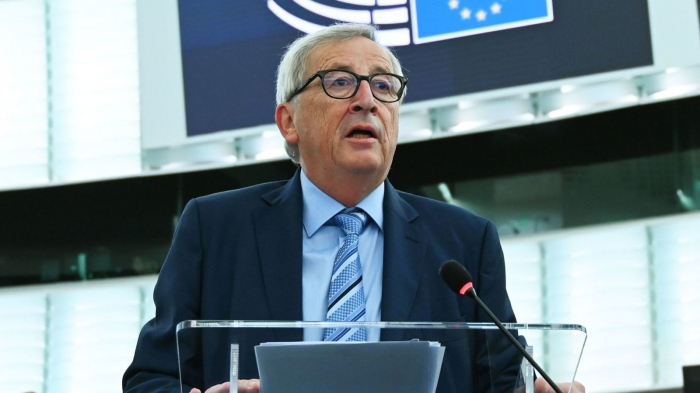 Brussels says it will make a decision on Boris Johnson’s request for a delay to Britain’s departure “in the coming days”.

Brexit has been a “waste of time and energy” for the European Union, European Commission President Jean-Claude Juncker has said.

Addressing the European Parliament in Strasbourg, Mr Juncker said it has “pained” him to have spent “so much” of his time in his role dealing with Britain’s departure from the bloc.

“A waste of time and a waste of energy,” he continued.

“The commission has worked tirelessly to negotiate and renegotiate an agreement with the United Kingdom to respect the UK’s decision to leave the European Union.”

Mr Juncker said the EU could only ratify the Brexit deal that was agreed last week once it has been approved by British MPs.

“We need now to watch events in Westminster very closely, but it’s not possible, not imaginable that this parliament would ratify the agreement before Westminster has ratified the agreement,” Mr Juncker told MEPs.