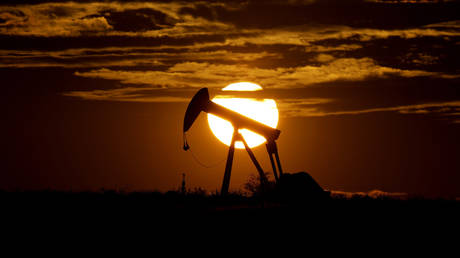 Oil prices extended Friday’s rally into Monday, with the US benchmark topping $81 and trading just shy of $82 a barrel as Europe and Asia continue to struggle to secure energy supply for the winter.

Oil extended the rally from last week, which saw the US benchmark topping the $80 per barrel for the first time since 2014.

China’s coal and power crisis worsened over the weekend, with coal futures in China closing at a new record high on Monday after sixty coal mines in the country’s top coal-producing region were forced to shut amid heavy rain, flooding, and landslides. The weather-related setbacks for Chinese coal production come at a time when the world’s second-largest economy is grappling with a shortage of coal supply and a power crisis, which threaten to slow economic growth. (RT)