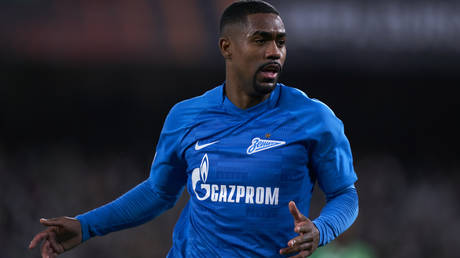 Brazilian footballer Malcom has said that a willingness to help club team Zenit St. Petersburg is behind his plan to apply for Russian citizenship.

Reports earlier this month stated that Malcom and fellow Brazilian star Claudinho – both of whom play for Zenit – were keen on receiving Russian passports.

Zenit subsequently confirmed the news, although there was no immediate explanation of the motives behind the step.

But speaking to Russian outlet Sport-Express in an interview published on Friday, Malcom explained that he was open to helping Zenit create space for more foreign players on their books if needed.

Current Russian Premier League rules dictate that teams are permitted 13 foreign players – commonly known in Russia as ‘legionnaires’ – in their squads, although a maximum of eight can be on the pitch at any one time. 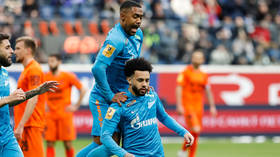 “In general, this is a mutual idea. Not only mine,” Malcom said of the passport plans.

“If this frees up an extra space for one more foreigner in the club, then why not?

“I’ve been playing in Russia for a long time. I really like it here. And in general, if this decision leads to the fact that there will be benefits for the club, why not?”

After the news emerged that the 25-year-old winger was considering obtaining a Russian passport, some speculated that the step could lead to him playing for the Russian national team – even if current FIFA rules would provide obstacles to that happening.

Malcom and countryman Claudinho were both part of the Brazil team which won gold at the Tokyo Olympic Games last summer – with the former scoring the winning goal in the final – although neither has featured in an official senior match for their homeland.

Read more:   Four bouts to follow as the UFC returns to Canada

“For now, I don’t think about it. This is a question of the future that has yet to be discussed. There’s a lot to think about,” Malcom said of the possibility of playing for Russia in future.

Elsewhere though, it has been reported that receiving a Russian passport does not necessarily offer direct passage to being excluded from the list of ‘legionnaires’ in terms of quotas, as eligibility for the Russian national team is also among the criteria.

Malcom also emphasized to Sport-Express he was focusing on what happens on the pitch, and that there were no “significant” developments with his citizenship plans thus far. (RT)