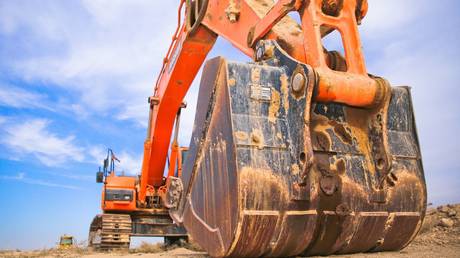 The local village elder in Jalore, Rajasthan is clearly a leader who believes that actions speak louder than words, so much so that she faced off against a mechanical excavator that had come to demolish local settlements.

Village elder Rekha Devi faced off against against the 7,000kg JCB excavator on Thursday during an anti-encroachment drive to remove illegal settlements and buildings from the area.

The brave woman can be seen berating the driver as she stands her ground before the machine’s arm extends towards her, at which point she grabs on to the machine’s scooping bucket. (RT)