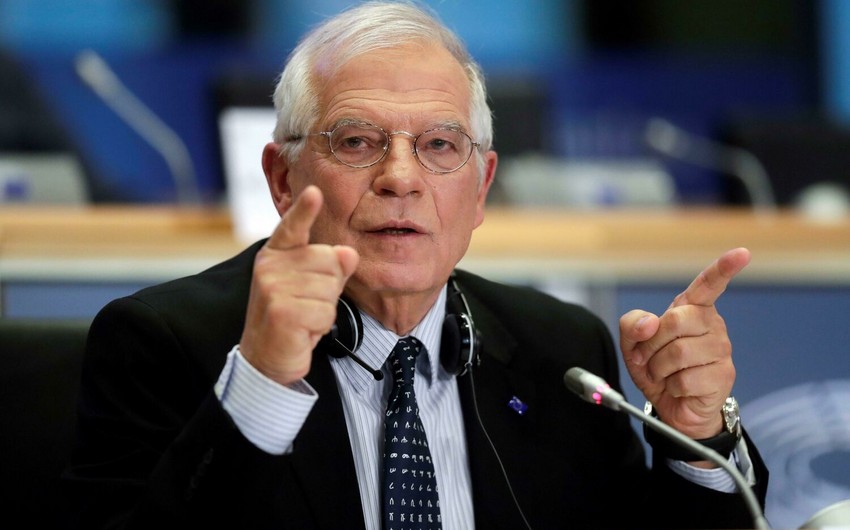 The EU must take Vladimir Putin’s threats he could use nuclear weapons in the conflict in Ukraine seriously, the bloc’s foreign policy chief has said, Report informs referring to BBC.

Josep Borrell told the BBC’s Lyse Doucet that the war had reached a “dangerous moment”.

His remarks come as Russia begins a partial mobilization and moves to annex four regions of Ukraine.

Putin has faced setbacks on the battlefield, with his forces pushed back by a Ukrainian counter-offensive.

Seven months since Russia’s invasion of Ukraine began, analysts agree that President Putin’s forces are on the back foot, but he said a “diplomatic solution” must be reached, one that “preserves the sovereignty and territorial integrity of Ukraine”.

Read more:   The China menace. Claim of payments for attacks on US troops in Afghanistan now stars Beijing

“Otherwise, we can finish the war, but we will not have peace, and we will have another war,” he said.

In a rare address to the nation earlier this week, Putin said his country had “various weapons of destruction” and would “use all the means available to us”, adding: “I’m not bluffing.”

“When people say it is not a bluff, you have to take them seriously,” Borrell said.

In the same speech President Putin announced the call-up of 300,000 Russians who have done compulsory military service, sparking protests and reports of people fleeing the country to avoid being sent to the front line.

Borrell called on President Putin to play his part in reaching a negotiated solution, saying “in order to dance the tango, you need two”.