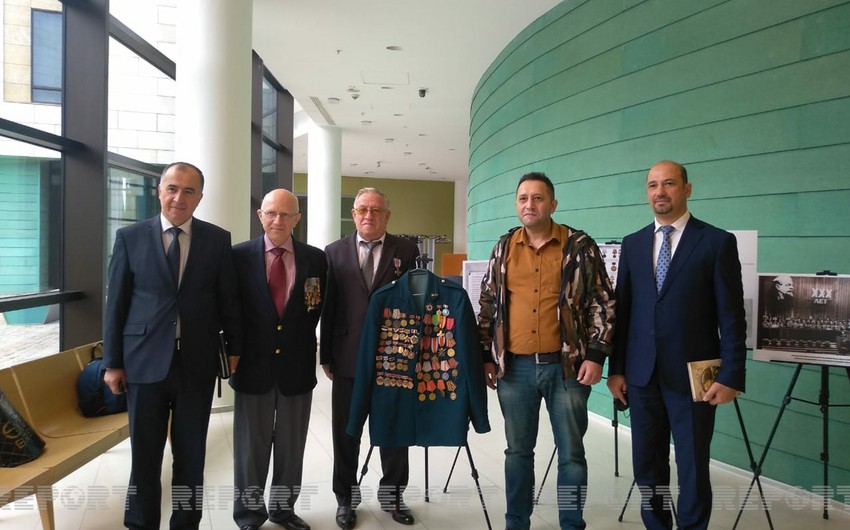 Today, ADA University hosted a presentation of the book “Ahmadiyya Jabrailov-100”, a collection of documents about the legendary partisan Ahmadiyya Jabrailov, a prominent representative of the anti-fascist resistance movement during the Second World War.

In the beginning, the event provided information about the life of Ahmadiyya Jabrailov and the path he fought.

The author of the book, Gulnara Mammadova, First Secretary of the Department of Analysis and Strategic Studies of the Ministry of Foreign Affairs, said that the book includes archival documents, historical photos, and periodicals reflecting Jabrailov’s life and career from his home museum in Sheki, relevant government agencies, Russian and French archives. “Most of the material presented in the book was published for the first time.”

Jabrailov’s son Javanshir Jabrailov thanked the authors of the book and thanked President Ilham Aliyev for the attention.

In the end, Alexander Vattin presented the medals, which Ahmadiyya Jabrailov could not get, to his son.

On August 11, 2020, President Ilham Aliyev signed a decree on celebrating the 100th anniversary of Ahmadiyya Jabrailov.