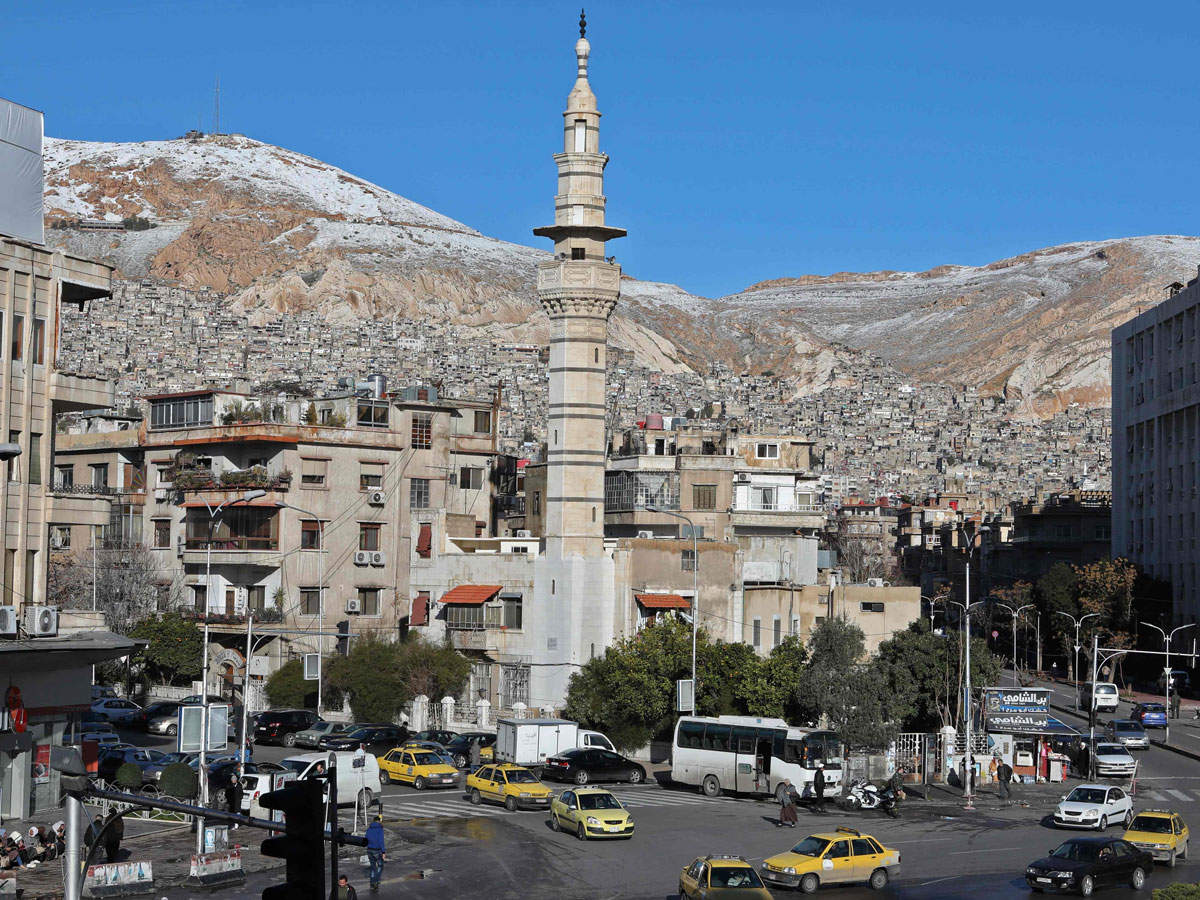 A bomb blast hit the capital of war-torn Syria on Sunday and a “terrorist” was arrested, state media said, in a rare attack in the city that has been largely insulated from violence.

A Britain-based war monitor said a “huge explosion” near a military intelligence office in southern Damascus had left a number of people dead and wounded.

State news agency SANA said that a “bomb blast” had caused an explosion “without leaving any victims”.

“There is confirmation of reports that a terrorist has been arrested,” it said.

The Syrian Observatory for Human Rights monitor told AFP that “the explosion took place near a security branch in the south of the city”.

“There are some people killed and injured but we could not verify the toll immediately,” it said.

It was unclear if the blast was caused by a bomb that was planted or a suicide attack, according to the monitor, which relies on a network of sources inside the country.

It said that shooting followed the explosion.

Syria is locked in a civil war that has killed more than 360,000 people and displaced millions since a brutal crackdown on anti-government protests in 2011 spiralled into full conflict.

Damascus has been largely spared the worst of the violence during the country’s brutal nearly 8-year war, but several bomb attacks have shaken the city.

Another bombing Sunday killed 3 people and wounded 9 others in the northern Syrian city of Afrin on the first anniversary of a Turkish offensive on the Kurdish-majority region, the Observatory said

With key military backing from Russia, President Bashar al-Assad’s forces have retaken large parts of Syria from rebels and jihadists, and now control almost two-thirds of the country.

The Syrian regime in May reclaimed a final scrap of territory held by the Islamic State group in southern Damascus, cementing total control over the capital for the first time in six years.

Observatory chief Rami Abdel Rahman said that Sunday’s blast appeared to be the first attack in Damascus since a car bomb over a year ago that caused no casualties.

The city has been hit repeatedly by bloody bombings throughout Syria’s devastating conflict.

In March 2017 a double suicide attack claimed by al-Qaida’s former affiliate in the country killed 74 people, including dozens of Iranian pilgrims visiting religious sites in the historic Old City.

That was followed a few days later by bombings claimed by the Islamic State group at a courthouse and restaurant that killed 32 people.

One of the most high-profile attacks in the capital saw a bomb kill Assad’s brother-in-law Assef Shawkat, a top security official, and the minister of defence at a command centre in July 2012.

Since regime forces reclaimed control of the Damascus and surrounding regions security forces have removed many of the security checkpoints that dotted the city.

Government troops have largely pushed remaining rebel and jihadist forces into the northwestern province of Idlib, while IS holds a few dwindling pockets of territory.

The Afrin blast was the result of a bomb placed in a bus in the centre of the city, according to the Observatory.