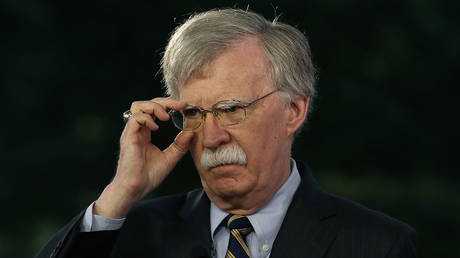 Former US National Security Advisor John Bolton said on Thursday that he was “embarrassed” by a low price tag that had allegedly been put on his head, as part of a would-be plot to assassinate him, planned by an Iranian national.

On Wednesday, The US Justice Department announced criminal charges against Shahram Poursafi, a member of Iran’s Islamic Revolutionary Guard Corps (IRGC), for allegedly orchestrating an assassination attempt against Bolton, a long-time anti-Iran hawk.

According to the DOJ, Poursafi wanted to take out Bolton presumably in order to avenge the death of Qassem Soleimani, an Iranian general and leader of IRGC-Quds Force, killed by a drone strike on the orders of US President Donald Trump in early 2020. The department said that Poursafi attempted to pay someone $300,000 to murder Bolton on US soil.

When asked by CNN’s Wolf Blitzer what he thought about the DOJ announcement, Bolton, who also served as US ambassador to the United Nations, responded that he “was embarrassed at the low price.”

“I would have thought it would have been higher,” he admitted. “But I guess maybe it was the exchange rate problem or something.” (RT)