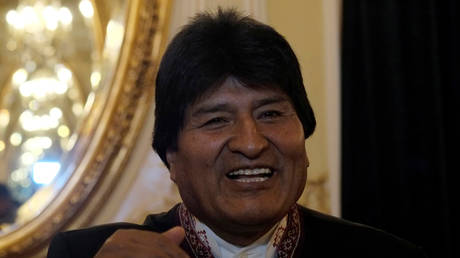 The ex-president’s rights, including his right for judicial protection, have been violated, Judge Jorge Quino, the head of the Departmental Court of Justice in La Paz, said as he explained the court’s decision to grant a request filed by Morales’ lawyers.

He also said that judicial procedures were violated in this case since Morales was not properly summoned. The charges were dropped as the prosecutors did not comply with the procedures established by law, Quino told Bolivia’s Unitel TV Network. (RT)

Argentines will formally bid farewell on Thursday to one of the nation’s favorite sons, soccer…

The President’s spokesperson has told people to forget about Duterte’s jokes, which were described as…