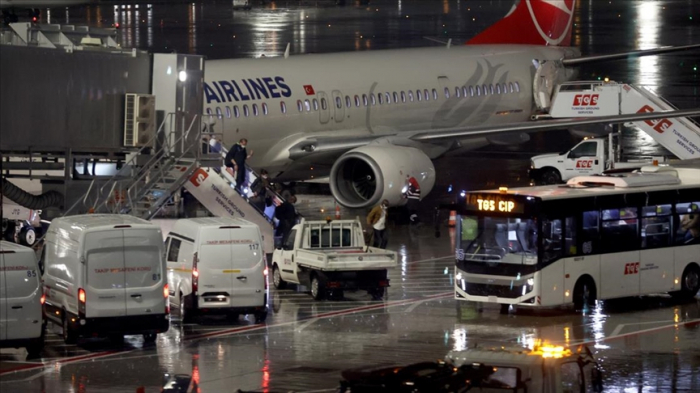 The body of Azerbaijani citizen Farman Ismayilov, who died on January 23 as a result of a sea pirate attack on the Mozart ship sailing under the flag of Liberia and owned by a Turkish company, has been sent to Azerbaijan.

The body of Ismayilov, who was the second engineer on board, was sent via a morning Turkish Airlines flight from Istanbul airport.

The body of Ismayilov through the support of the Turkish embassy in Gabon was sent via Istanbul- Libreville flight on Jan. 26. The plane arrived in Istanbul on the night from January 26 to January 27 at 03.30.

Sea pirates attacked “Mozart” ship off the coast of Nigeria on January 23. Fifteen out of 19 crew members were taken hostage but Azerbaijani citizen Farman Ismayilov was killed during the attack.