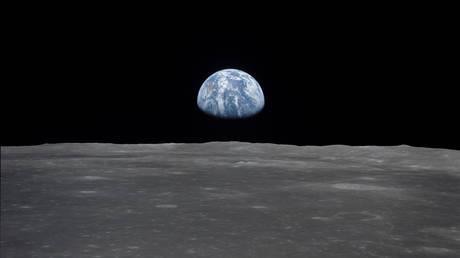 This view from the Apollo 11 spacecraft on the surface of the Moon in July 1969. © NASA/JSC

Stargazing scientists have spotted an object en route to Earth which they say is highly likely to take up orbit for roughly a year, thus becoming a so-called ‘minimoon’. They also suspect they may have seen it before…

Every once in a blue moon, pardon the pun, a small object becomes trapped in Earth’s gravity for an extended stay in the planet’s orbit before eventually jetting back off into the solar system.

Also on rt.com Earth has had TWO MOONS for past three years… and no one noticed

In more recent years, courtesy of advances in technology and planetary defences, we are getting better at spotting these smaller objects, even before they take up a position, revolving around our world.

Brace yourself for another curveball in 2020, as scientists have spotted 2020 SO, a tiny space rock with a trajectory that’s likely to bring it within Earth’s gravitational grasp for a short stay between October 2020 and May 2021.

However, there is a twist in the tale; the object’s orbit and low velocity suggest it may not be an asteroid, meteorite or space rock of any description at all.

In fact, its currently observed behaviour has more in common with man-made objects than it does with naturally occurring spaceborne missiles. (RT)