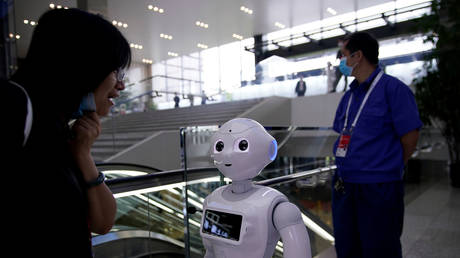 A University of Cambridge study examining the depiction of artificial intelligence in film, television, Google searches, images, and voices, suggests it is yet another area that showcases racism.

While most would likely assume a machine cannot have a race, the researchers said that they do indeed have “racial identities” influenced by “real world” stereotypes.

These “racial identities” can be found in both the fact that AIs and depictions of AIs have caucasion features and also typically talk in “standard white middle-class English,” including voices given to smartphone technology. The study suggests “black dialects” have been avoided because they are deemed “too controversial or outside the target market.”

Because society has “for centuries, promoted the association of intelligence with white Europeans,” the researchers argue that artificial intelligence and machines are given white characteristics to feed into the racial biases of both users and creators. (RT)