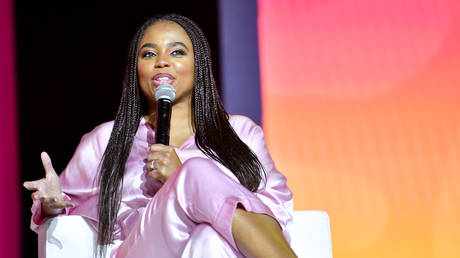 Atlantic writer Jemele Hill has received a barrage of online criticism after claiming on Twitter that black men do not want equality for all, but rather “better access to patriarchy” for themselves.

“I have increasingly found that many black men just want better access to patriarchy,” Hill tweeted in a Tuesday hot-take, adding: “They don’t actually want [the patriarchy] dismantled.”

I have increasingly found that many black men just want better access to patriarchy. They don’t actually want it dismantled.

The pundit, no stranger to making controversial sweeping statements, did not provide any specific details from her analysis of the black male population. In the replies, however, Hill said that her opinion was based on “some of the conversations” she’s had recently, which she described as “disturbing.”

The broad and undefined statement provoked quite a diverse wave of criticism.

Many Twitter users were offended that Hill seemed to have extrapolated her judgment of some “black men in her circle” to the general black male population. Some even suggested she change her circle of black male acquaintances to help her avoid such “dangerous generalizations.”

Many black men in YOUR circle want better access to patriarchy. Diversify with who you hang with and stop blaming black men for everything 🤦🏾♂️ cuz we tired

Then … I think you should change your circle of Black men, at least as it relates to politics. Because I think you’re better than walking up to the line of dangerous generalizations. Your experience is to be respected within the context of your experience & NOT mine & others.

Another group mocked Hill for perceived hypocrisy, given that she herself has climbed career ladders in various male-dominated spaces, while “most black men on the ground won’t ever get to experience” similar.

Your career is climbing different corporate ladders and getting plum jobs at different corporations, including at Disney , something most Black men on the ground won’t ever get to experience. How are you not guilty of wanting better access to patriarchy rather than dismantling? https://t.co/EM0HJq9bPV

Agreed. Here’s a picture of one who actually reached the upper echelons of the patriarchy. pic.twitter.com/SeKH6cqrpF

Conservative writer Dan McLaughlin quipped that Hill was making a woke argument that even black men were “problematic now.”

Read more:   German FM: EU can compensate for the US withdrawal from the agreement on the Iranian nuclear program