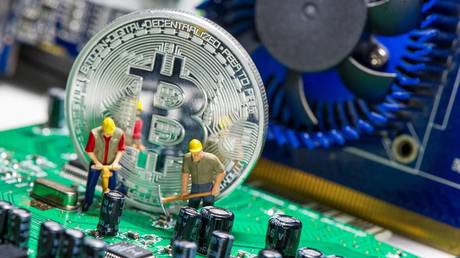 The world’s top cryptocurrency, bitcoin, continued to rally on Tuesday, pushing above $49,000 during early trading. The rally comes as the Chinese government plans to ban crypto mining in the country.

The Chinese northern region of Inner Mongolia, the global crypto mining hotspot, is banning cryptocurrency mining. Regional authorities are expected to bar all new projects and to shut down existing activities.

According to the draft plan, revealed by the Inner Mongolia Development and Reform Commission, the mining operations will be halted in April 2021. The ban comes as part of broader measures to cut down consumption of energy by the world’s second biggest economy.

Inner Mongolia, which has become a favorite among the crypto industry players due to its cheap power, aims to hold down energy consumption growth to some 1.9 percent in 2021. The ban involves reassessing such energy-intensive sectors as steel and coal.

The draft plan comes weeks after the National Development and Reform Commission scolded the region for being the only one to fail to control power consumption in 2019. (RT)