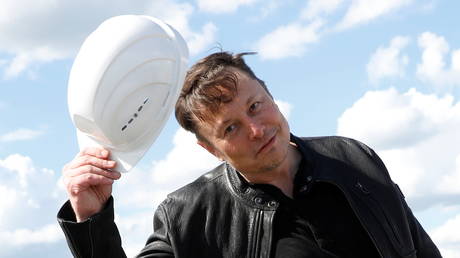 Bitcoin has jumped to over $39,000, ironically after Tesla CEO Elon Musk tweeted to deny accusations of market manipulation with his tweets. He also said that Tesla will resume accepting the cryptocurrency, once it turns green.

Musk’s latest verbal intervention comes in response to a CoinTelegraph story, which quoted the CEO of financial services company Sygnia, Magda Wierzycka, claiming that the recent volatility of Bitcoin “is an unexpected function of what I would call market manipulation by Elon Musk.”

What we have seen with Bitcoin is price manipulation by one very powerful and influential individual.

Wierzycka accused Musk of deliberately pumping the price of Bitcoin only to sell “a big part of his exposure at the peak.”

This is inaccurate. Tesla only sold ~10% of holdings to confirm BTC could be liquidated easily without moving market.When there’s confirmation of reasonable (~50%) clean energy usage by miners with positive future trend, Tesla will resume allowing Bitcoin transactions.

Musk denied the charge, claiming that Tesla only sold a small portion of its crypto holdings, and only to test the market liquidity. (RT)

This is inaccurate. Tesla only sold ~10% of holdings to confirm BTC could be liquidated easily without moving market.