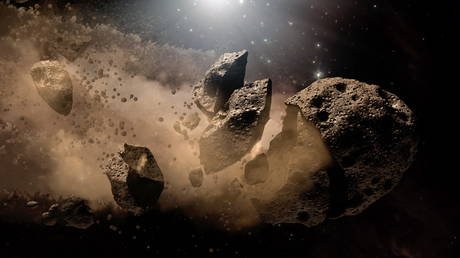 While NASA warns of another five space rocks headed towards the Earth, one Finnish astrophysicist is proposing human colonization of the asteroid belt itself within the next 15 years.

As the Earth lurches out of month one of 2021, NASA has issued a brief, advising that five more asteroids that are potentially between 25 and 100 meters (82 and 98 feet) in diameter are due for close flybys before the month is up.

On Tuesday, the 25-meter asteroid 2021 BD3, with a diameter roughly half that of the Arc de Triomphe’s height, will pass the planet at a safe distance of 3.9 million km (3.9 million miles). A short time later, an object dubbed 2021 AL, which measures 40m in diameter or roughly five London buses end-to-end, will whizz past at a distance of 4.1 million km.

The Azerbaijani state is doing its utmost for the families of martyrs and war disabled,…

Amid a slow vaccine rollout in the European Union, several of the bloc’s member states…