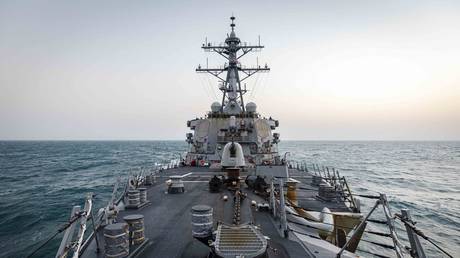 Asia is now the most interesting arena of world politics, and regional powers are looking for signs that America’s words will be backed up by action The United States Navy sent a guided-missile destroyer through the Taiwan Strait. © Global Look Press / US Navy

US President Joe Biden’s visit to South Korea and Japan this week was his first in East Asia since taking office. The importance of this trip is undeniable. Washington is working hard to bring together what is commonly called ‘the collective West’.

Due to the fighting in Ukraine, Europe – in the Western sense – is currently united. This leaves Asia, where the willingness to line up in one direction is less pronounced. The measures against Russia have been unequivocally supported by Tokyo and Seoul, while only Singapore has joined them from the members of the Association of Southeast Asian Nations (ASEAN). India does not want to follow America’s direction, despite the visible pressure. 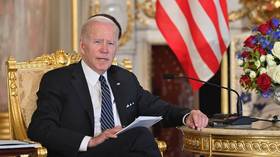 US ready to fight China over Taiwan – Biden

The issue of Ukraine is important to Asian states, especially in light of its impact on the global economy. Nevertheless, it is natural that events in Eastern Europe are not as exciting for Asia as they are for Europeans and some Americans. The focus in that part of the world is on Beijing, and the US is trying to build a policy of mobilizing its Asian partners against Russia, with China in mind, but without provoking the latter prematurely. This is a difficult task.

At a press conference in Tokyo, Biden answered yes to the question of whether America intends to defend Taiwan in the event of an attack by Beijing. This caused an uproar. American commentators, both official and unofficial, insisted that he made ‘a slip of the tongue’. The White House’s interpretation is that he was talking about assistance on the Ukrainian model – supplying the island with weapons so it can defend itself.

Biden is prone to verbal gaffes, but in this case it did not look like one at all. Both in form and in substance. There is a lot of talk in Washington about what the Chinese need to understand clearly: America will not be an indifferent observer if Beijing plans to repeat in Taiwan what Russia did in relation to Ukraine.

The argument now is that firmness is required when it comes to China.

Firmness is a good thing, but the deliberate ‘complexity’ (one might even say ‘intentional vagueness’) of US policy on Taiwan makes its manifestation almost impossible.

The strategic ambivalence towards Taiwan (closely cooperating in all areas, but recognizing it as part of China) goes back to the early 1970s, when Richard Nixon and Henry Kissinger recognized communist Beijing as the legitimate representative of China, while denying this recognition to nationalist Taipei. It was indeed a historic U-turn that contributed significantly to the United States’ eventual victory in the Cold War. It also allowed both sides (the Americans and Chinese) to strike key economic deals while avoiding conflict for half a century. 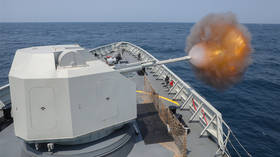 China sends ‘solemn warning’ to US

But now, things are taking a dangerous turn. The strategic confrontation between Washington and Beijing is not only an accomplished fact, but also a doctrinal one.

The competition is complex, but as is the case with US-Russia relations, there is an explosive subject at its center. We have Ukraine, they have Taiwan. And here we have an almost unsolvable dilemma.

Officially, the US emphasizes its commitment to the One-China policy, but offers security guarantees to what it recognizes as part of another state. It is not clear how to combine these two mutually exclusive positions. Hence the efforts to disavow the words of the president, who clearly meant exactly what he said.

Looking at this struggle, the Chinese leadership might think that the Americans are confused by their desires and intentions and are not confident enough in their position. Which would only encourage action, from the perspective of Beijing. (RT)