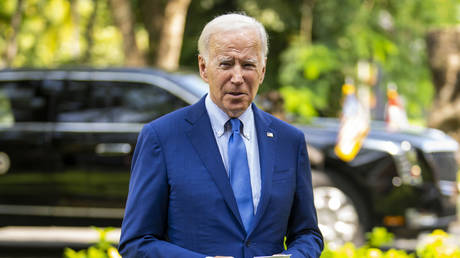 “Preliminary information” indicates the blast was not the result of a Russian attack, the US leader said President Joe Biden makes a statement after a meeting of NATO leaders in Bali, Indonesia, November 16, 2022. © AP / The New York Times / Doug Mills

US President Joe Biden said it is “unlikely” that Russia was behind an alleged missile strike on a Polish border town that left two people dead, noting that the trajectory of the munition was inconsistent with an attack launched by Russian forces.

Speaking to reporters at the G20 summit in Bali, Indonesia on Wednesday morning following early consultations with NATO members, Biden was asked whether it was “too early to say whether this missile was fired from Russia.”

“There is preliminary information that contests that,” Biden answered, adding “I don’t want to say that until we completely investigate, but it is unlikely, in the minds of the trajectory, that it was fired from Russia. But we’ll see. We’ll see.”

The White House previously said Biden had convened an “emergency” roundtable among senior officials from NATO states, as well as Japan, to discuss the mysterious explosion in Przewodow, Poland on Tuesday. In a joint statement after the sit-down, the leaders said they agreed to “support Poland’s investigation” into the incident and would “remain in close touch to determine appropriate next steps.” 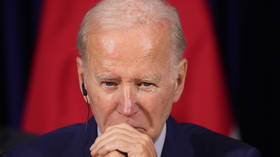 It is unclear what action might be taken in response, as officials say that will be determined by the findings of their probe. However Warsaw previously suggested it could invoke NATO’s Article 4 provision, which requires the bloc’s 30 states to hold consultations if any member believes they are under military threat or wishes to discuss any other “issue of concern.” The measure is distinct from Article 5, a collective security guarantee that compels all NATO states to come to the defense of another member.

According to Reuters, Polish President Andrzej Duda said it is “highly probable” Poland would soon invoke Article 4, though added investigators currently lack concrete evidence pointing to any responsible party behind the blast.

While Ukrainian President Vladimir Zelensky wasted little time before pinning the explosion on Moscow, the Russian Defense Ministry issued a statement denying any responsibility, insisting that photos circulating in Polish media purporting to show missile fragments “have nothing to do with Russian weapons.” The ministry added that such allegations are “a deliberate provocation in order to escalate the situation.”

Hours after the blast on Tuesday, the US military said it could not corroborate claims of Russian involvement, apparently rebutting an earlier Associated Press report citing an unnamed US intelligence official who said a Russian missile had struck the Polish village. (RT)