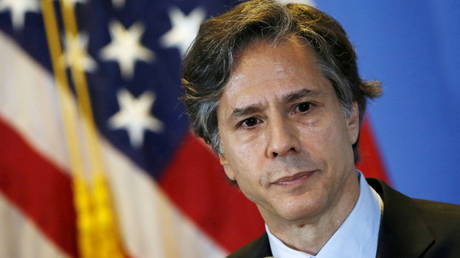 Joe Biden has named Anthony Blinken – an advocate for isolating Russia, cozying up to China and intervening in Syria – as secretary of state, cementing a foreign policy built on military forays and multi-national motivations.

Biden, the nominal president-elect, announced his selection of Blinken along with other members of his foreign-policy and national-security team, which is filled with such veteran Washington insiders as John Kerry, the new climate czar and formerly secretary of state in the Obama-Biden administration.

Blinken, a long-time adviser to Biden and deputy secretary of state under President Barack Obama, has been hailed by fellow Democrats and globalists, such as retired General Barry McCaffrey, as an experienced bureaucrat with “global contacts and respect.” Enrico Letta, dean of the Paris School of International Affairs, called Biden’s choice the “right step to relaunch transatlantic ties.”

He was even praised for a 2016 appearance on the Sesame Street children’s television program, where he explained to the show’s ‘Grover’ character the benefits of accepting refugees.

Try to imagine Mike Pompeo or Stephen Miller ever doing anything as human or normal as this https://t.co/VADdy4TNn2

While some critics focused on how Blinken “got rich working for corporate clients” during President Donald Trump’s term in office, the new foreign-affairs chief’s neoconservative policy recommendations might be cause for greater concern. He advocated for the Iraq War and the bombings of such countries as Libya and Yemen.

Also on rt.com Michele Flournoy might be breaking a glass ceiling as Pentagon chief, but even feminists aren’t buying

Blinken is still arguing for a resurgence in Washington’s military intervention in Syria. He lamented in a May interview that the Obama-Biden administration hadn’t done enough to prevent a “horrific situation” in Syria, and he faulted Trump for squandering what remaining leverage the US had on the Bashar Assad regime by pulling troops out of the country. (RT)