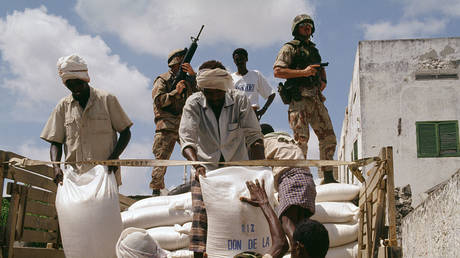 US President Joe Biden has agreed to send several hundred troops back to Somalia, reversing a move made in late 2020 by his predecessor, Donald Trump, an administration official told reporters during a conference call on Monday.

Before Trump ordered a withdrawal of the troops, roughly 700 US military personnel helped Somali authorities fight against an Al-Shabaab insurgent group that has links to Al-Qaeda. According to the Biden administration official, the White House has seen “clear evidence” that Al-Shabaab fighters have the “intent and capability to target Americans in the region,” and have already killed more than a dozen US citizens in east Africa.

Therefore, he explained, the president, following advice from Defense Secretary Lloyd Austin, has ordered to reestablish a “persistent US military presence in Somalia to enable a more effective fight against Al-Shabaab, which has increased in strength and poses a heightened threat.” (RT)