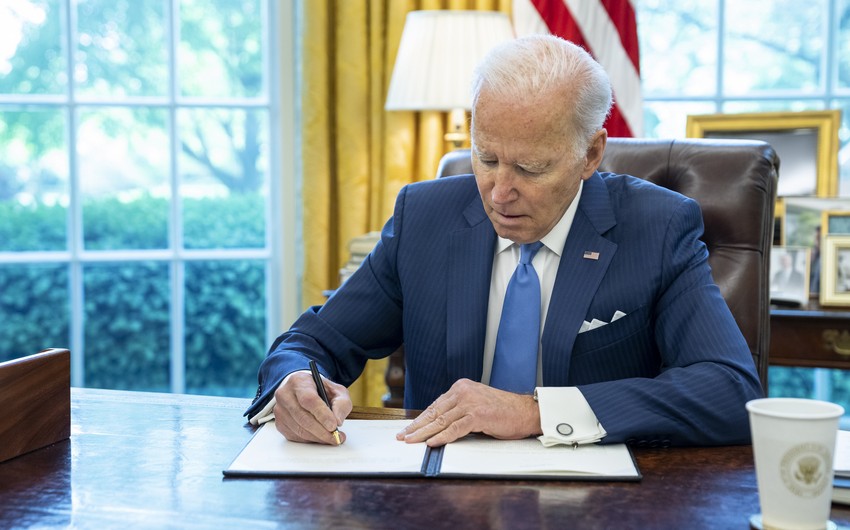 In the history of nation-building, Azerbaijan has always attached great importance to relations with the United States. On May 28, 1919, Alimardan Topchubashov, the head of the Azerbaijani delegation that took part in the Paris Peace Conference, met with the then US President Woodrow Wilson. True, this meeting did not help the Azerbaijan People’s Republic. Wilson stated that “the Azerbaijani issue cannot be resolved before Russia” and refused to patronize the newly independent state.

The United States and the US-led international groups and blocs are reevaluating once missed opportunities, as shown by the last two letters of US President Joseph Biden addressed to Azerbaijani President Ilham Aliyev. The sitting US president sent the first letter in March of this year. In that letter, he congratulated the Azerbaijani people on the Novruz holiday, touched upon relations between the two countries, the position of official Baku in the security of world energy carriers, and the new reality that has developed in the South Caucasus.

Read more:   Citizens who lost jobs due to COVID-19 were provided with a lump-sum payment - Minister

First, it talks about the benefits of US-Azerbaijani relations over the past 30 years. “The United States reaffirms its support for Azerbaijan’s independence and sovereignty.”

Secondly, Biden emphasized the role of Azerbaijani energy resources in ensuring the security and stabilization of the European and world markets.

Fifthly, the American leader spoke about the role of Azerbaijan in the South Caucasus and the importance of the new situation in the region: “The United States is ready to help intensify diplomatic engagement between Azerbaijan and Armenia and to help Azerbaijan develop the economic, transportation, and people-to-people connections.”

By this, Joseph Biden stressed the peacekeeping steps taken by Azerbaijan, the priority of regional cooperation, and the importance of the development of the Caucasus and the Trans-Caspian region.

Sixth, the American leader noted democratic governance and the expediency of reforms. This suggests that the United States is following the recent steps taken by the President of Azerbaijan on reforms and governance.

Seventh, it is the value that the United States attaches to the independence of the former Soviet republics. In his letter, Joseph Biden viewed Russia’s war against Ukraine as an attempt to undermine the main pillars of international security. Probably, the US does not want to repeat the events of 123 years ago.

Apparently, the Russian issue over the entire past period has not been at the proper level to meet international standards. The US now sees it as the primary source of threat. Therefore, they attach great importance to the role of Azerbaijan regarding the sovereignty of Ukraine and international energy security.

The US President’s letter is also a high assessment of the policy pursued by Azerbaijani President Ilham Aliyev.