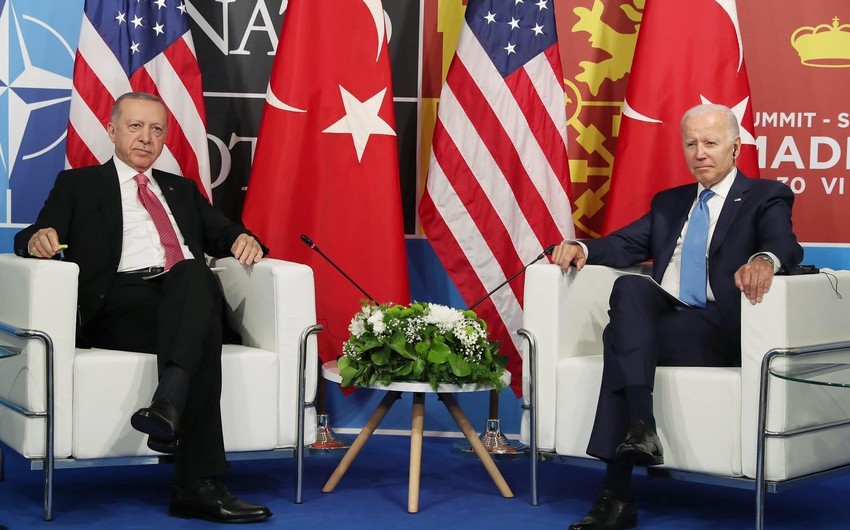 US President Joe Biden and Turkish leader Recep Tayyip Erdogan have discussed the issue of supplying Ankara with F-16 fighter jets during a meeting at the NATO summit, Report informs citing NTV.

The White House claims that during the negotiations, the American leader promised his colleague to make certain efforts to pass the relevant deal through Congress.

These are 40 new F-16 Block 70 fighters and about 80 kits for upgrading Turkiye’s existing aircraft. According to official statements from the White House, Biden and Erdogan did discuss the issue of supplying F-16s to Ankara, but the US presidential administration has not yet confirmed the fact of any promise from Biden.