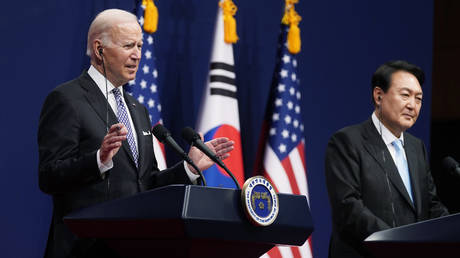 The North Korean leader must be “sincere” and “serious” for talks to take place, the US president says US President Joe Biden speaks at joint press-conference with South Korean President Yoon Suk Yeol in Seoul. © AP / Evan Vucci

US President Joe Biden hasn’t ruled out a face-to-face meeting with Kim Jong-un, but insists that the North Korean leader would need to show the right attitude for it to happen.

Biden was asked about the possibility of such a summit in Seoul on Saturday during his visit to South Korea, which opened his first Asian tour since taking office.

Biden also issued a joint statement with South Korea’s newly elected President Yoon Suk-yeol, confirming that Washington and Seoul had agreed to “expand the scope and scale of combined military exercises and training on and around the Korean Peninsula.” 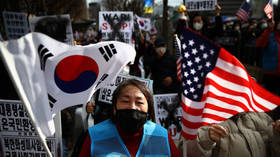 Read more:   'I regret BBC has put me in this position' – Scottish leader boycotts event over Steve Bannon

The drills, which are viewed as highly provocative by North Korea, had been largely scaled back under Biden’s predecessor, Donald Trump, in an attempt to improve relations with Pyongyang. (RT)