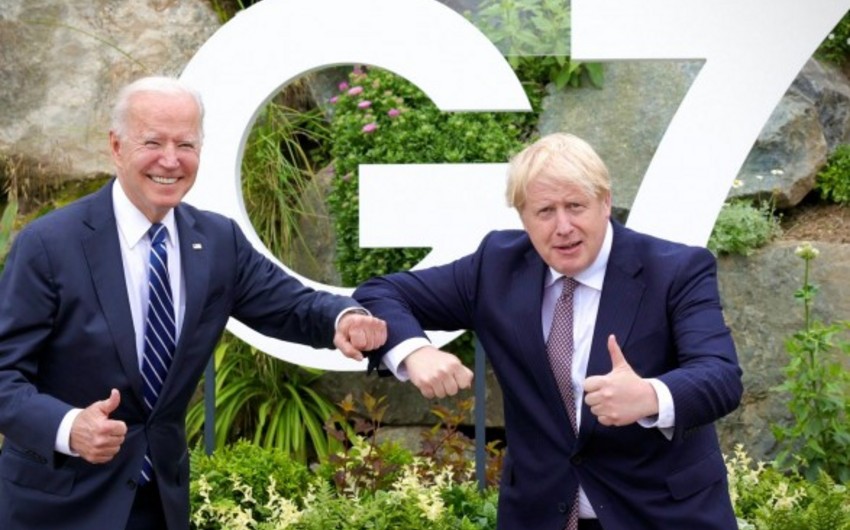 US President Joe Biden and the UK Prime Minister Boris Johnson met in Carbis Bay, Cornwall, ahead of the G7 Summit, Report informs, citing foreign media.
Joe Biden has given Boris Johnson a new US-made bicycle – and helmet – to mark their first-ever meeting.

As they met in Cornwall, the Prime Minister gave Mr. Biden a photograph of anti-slavery campaigner Frederick Douglass. The picture shows a mural in Edinburgh with an image of Douglass, a leading 19th-century abolitionist.

The President and his wife Jill also gave Mr. Johnson’s wife Carrie a gift at the G7 summit: she received a leather tote bag made by the wives of American troops and a presidential silk scarf. Mr. and Mrs. Johnson may have to pay the cost of their presents if they wish to keep them.