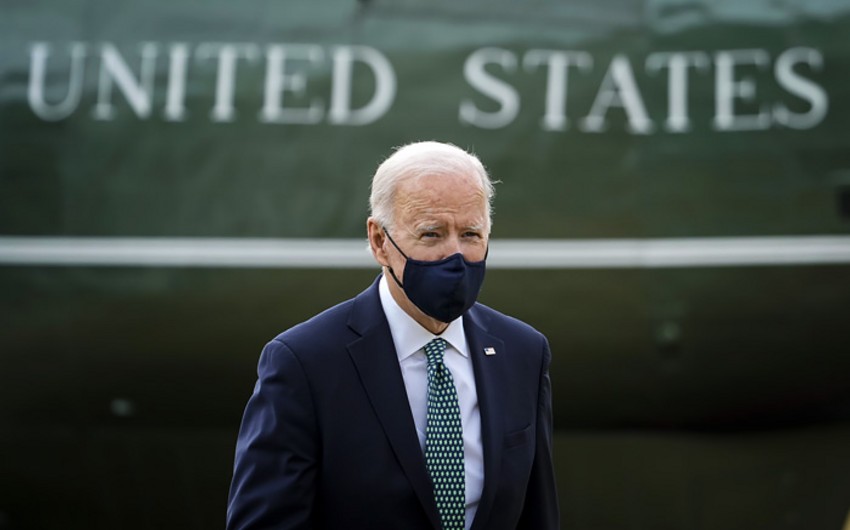 US President Joe Biden called George Floyd’s family on April 19 as they and the nation await a verdict in the trial of former Minneapolis police Officer Derek Chauvin, Report informs referring to CNN.

“President Biden spoke with the family of George Floyd yesterday to check in with them and also share that the family was in his prayers,” Psaki tweeted April 20 morning.

The call from the President came the same day closing arguments were presented in the Chauvin trial. The jury in the trial began its deliberations on April 19 and are set to continue April 20.

Biden has been closely monitoring the closing arguments, fearful that a controversial verdict could inflame racial tensions and further escalate a deepening crisis in confidence with the nation’s police forces.

Biden called the Floyd family last year shortly after George Floyd’s death, and later the then-presidential candidate traveled to Houston to privately meet with the family and offer his condolences.

Widespread protests against police brutality and racism swept the nation over the summer after a video surfaced showing Floyd handcuffed and on the ground saying, “I can’t breathe,” as Chauvin kneeled on Floyd’s neck.

Chauvin is charged with second-degree unintentional murder, third-degree murder and second-degree manslaughter in the death of George Floyd. He has pleaded not guilty to all three charges.