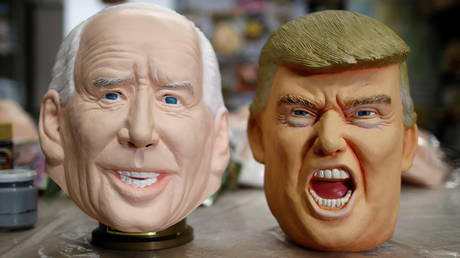 The AUKUS submarine deal that deprived France of a hefty contract with Canberra has led to a “big loss of confidence” in the Biden administration, a former foreign policy advisor to German Chancellor Angela Merkel has said.

The agreement between Washington, London and Canberra to provide Australia with nuclear-powered, yet conventionally armed submarines, which was announced earlier this month, became an “insult to a NATO partner” from the US, Christoph Heusgen, Germany’s former UN envoy, who advised Merkel on foreign policy for 12 years, told the Financial Times.

The emergence of the AUKUS deal prompted Australia to withdraw from a $66 billion contract for diesel-electric subs with France. Paris was outraged with the move, which it described as “a stab in the back,” while also recalling its ambassadors from Washington and Canberra. However, after a mid-week phone call between US President Joe Biden and his French counterpart Emmanuel Macron it was decided that France will return its envoy to the US and try to find ways to settle the crisis.

Also on rt.com French FM says it will take time and US action to restore trust, State Department makes no mention of it

The new security alliance between Washington, London and Canberra has resulted in a “big loss of confidence” in the Biden administration. “And I don’t know if that loss has been sufficiently outweighed by the supposed increase in regional security,” Heusgen insisted.

AUKUS is believed to be aimed at countering China’s growing Influence in the Indo-Pacific region, with the US and its allies being increasingly concerned with Beijing’s territorial claims in the South China Sea and its growing tensions with Taiwan. (RT)