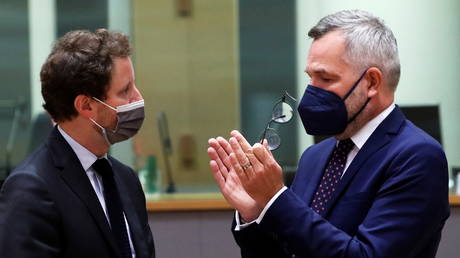 EU powerhouse Germany says France being snubbed by Australia in favor of a partnership with the US and the UK is a signal to continental European nations to stand together and boost self-reliance.

“We cannot exclusively rely on others but must cooperate, and we have to overcome our differences [within the EU] and speak with one voice,” the minister told reporters in Brussels on Tuesday. He added that “the lost trust has to be rebuilt, and it will obviously not be easy. But we want to make a constructive contribution [to the process].”

Roth was speaking in Brussels ahead of a meeting of general affairs ministers of the 27-strong union. Other European officials expressed similar sentiments ahead of the summit.

French European Affairs Minister Clement Beaune insisted that EU states “cannot act as if nothing happened” and should “look into all options” when formulating a joint response.

Jean-Yves Le Drian, the French foreign minister, called the situation “a crisis of trust” and blasted the “unilateralism, unpredictability, brutality” and lack of respect to partners that the move entailed. Paris believed those qualities to be “part of the past, but it continues,” he said, apparently referring to the treatment that European members of NATO received from the Trump administration. (RT)