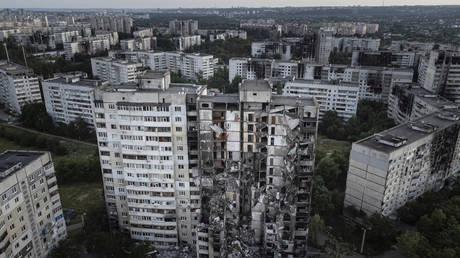 The effort will cost billions and will be more ambitious than post-WWII Marshall plan, according to the German leader FILE PHOTO.Kharkiv, Ukraine. © AP / Evgeniy Maloletka

Rebuilding Ukraine will cost billions according to German Chancellor Olaf Scholz, who estimated the scale of the effort during a press conference in Berlin on Thursday.

The German leader said the project would be more ambitious than the 1947 US-sponsored Marshall Plan enacted to restore Europe following World War II, which cost an estimated $13 billion ($150 billion in today’s currency) in economic recovery programs.

As for when the Ukraine project could begin, Scholz said the issue of establishing peace there is exclusively down to its people and government. (RT)