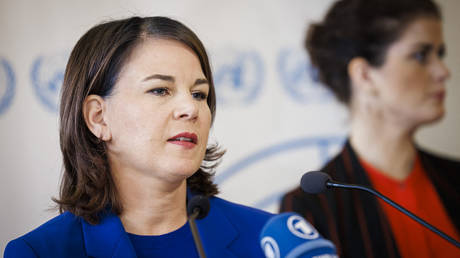 Any business as usual with Russia is impossible in the near future due to the Ukraine conflict, German Foreign Minister Annalena Baerbock said on Tuesday. She also vowed that Berlin and its allies would intensify sanctions pressure against Moscow.

Speaking to Romania’s Digi 24 TV Channel, the minister emphasized that “there can be no normal relations with this Russia” amid the fighting between Moscow and Kiev’s forces and the stand-off with the West.

EU would prefer “a peaceful and democratic Russia that does not pose a threat to its neighbors,” Baerbock stated, adding that she harbors “no illusions” on the matter. “We are living in a different reality right now.”

Against this backdrop, the minister noted that the West should be engaged in the “permanent strengthening of our common security in the face of Russia.” 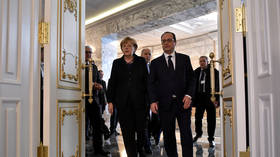 According to Baerbock, as long as Moscow wages “the brutal war of aggression,” the West will gradually tighten its sanctions policy. However, she did not clarify what additional restrictions could be in the offing.

She went on to add that Western capitals would support Ukraine “as long as necessary,” providing it with arms, as well as humanitarian and financial aid, because the nation “defends the freedom of Europe.”

However, she struck a more cautious tone about Kiev’s aspirations to join the EU. While hailing the bloc’s decision to grant Ukraine candidate status in June as a “historic moment,” Baerbock admitted that “the road there will still be long and certainly sometimes difficult.”

To pave the way for Kiev’ accession, Western countries are doing their best to help the nation harmonize its legal system with EU standards, she said.

Following the start of Russia’s military operation against Ukraine in late February, Germany has provided Ukraine with large amounts of weaponry and joined Western sanctions against Moscow. The restrictions targeted entire sectors of the Russian economy, particularly energy exports, while hundreds of senior officials were blacklisted, and about half of the nation’s foreign exchange reserves were frozen, a move that was denounced by Moscow as essentially “theft.”

On Tuesday, Russian Foreign Minister Sergey Lavrov reiterated that the EU is waging a “hybrid war” against Moscow, arguing that Brussels’ policies have only hurt the interests of the bloc’s citizens while bringing its relations with Russia to their “lowest point.” (RT)