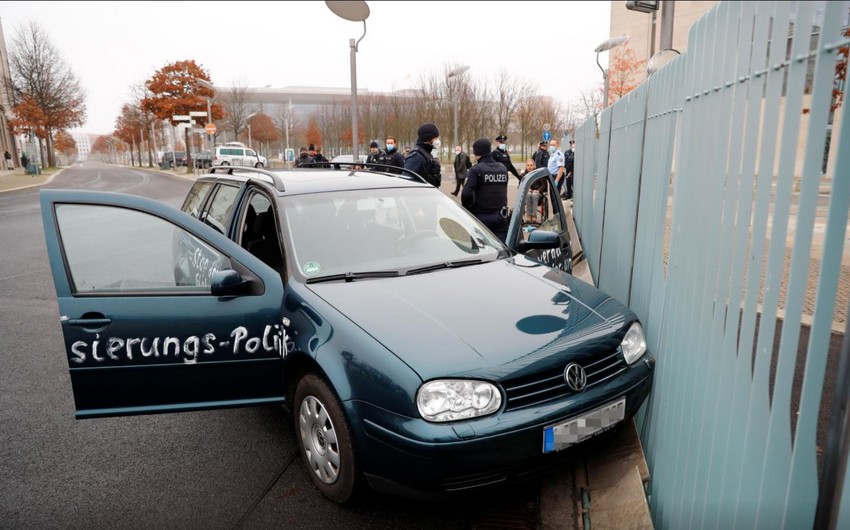 A car with slogans scrawled on its sides crashed into the gate of the office of German Chancellor Angela Merkel in Berlin on Wednesday, a Reuters witness said.

Reuters pictures from the scene showed police inspecting the estate car at the gate with the words “Stop Globalisation Politics” written in white on its right side and “You damn killers of children and old people” on the other.

There were no immediate reports of casualties, and it was not clear if Merkel was inside the building. Dozens of police and a fire engine attended the incident. The driver, who appeared to be in late middle age, was taken away in a wheelchair.