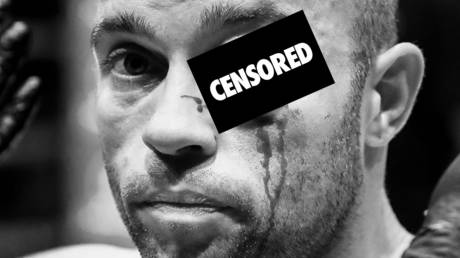 Alex Avogadro won’t forget his Bellator kickboxing debut in a hurry after he left the ring with a grotesque swelling of his left eye after opponent Luca Cecchetti drilled him with a flying knee during their fight on Saturday.

Cecchetti landed the technique in the first round of the fight in Milan. And, despite his eye bleeding profusely and swelling up almost immediately, the Italian bravely battled on after somehow convincing ringside medics that he was fit to continue.

However, it wouldn’t last. The injury continued to worsen as the first round extended and it eventually became too much for even Avogadro as he was forced to concede the bout via injury TKO.

And as the below footage suggests, it seems he made the correct decision.

What a knee by @lucacecchetti90! #BellatorKB12 is live now on the Bellator app (link in bio)