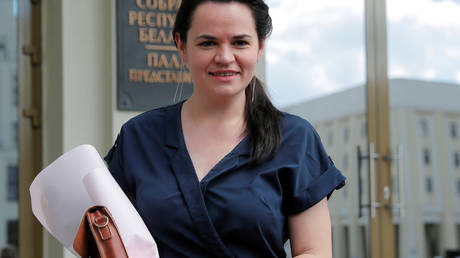 Belarus has warned the EU not to include opposition figurehead and former presidential candidate Svetlana Tikhanovskaya in an upcoming meeting of the bloc’s foreign ministers, saying it would amount to open interference.

“It is quite obvious, in fact, that such actions, if any, are an impudent and open interference in the internal affairs” of Belarus, Foreign Ministry spokesman Anatoly Glaz said on Saturday, as reported by the Sputnik news agency. Such a move by the European Union would show “complete disrespect” for the country’s citizens, he added.

Glaz’s comments came in response to Russian news reports that Tikhanovskaya was expected to take part in the meeting, scheduled for September 21. (RT)