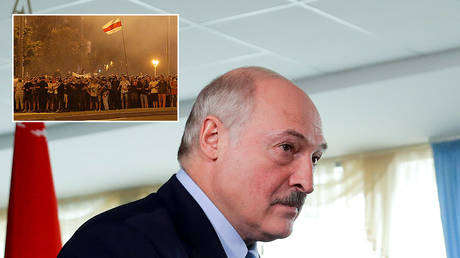 Alexander Lukashenko will likely ride out the gathering storm across Belarus. However, he cannot remain the president forever. Which means Russia needs to work out a realistic long term strategy toward its closest ally.

There is little that Russia’s leaders like less than political instability. The 2016 Foreign Policy Concept of the Russian Federation uses the word ‘stability’ no fewer than 24 times, and the term has appeared regularly in the speeches of Russia’s President Vladimir Putin throughout the 21 years he has been either president or prime minister. Given a choice between revolution and the status quo, the preference of most Russians runs firmly in favor of the latter.

This may explain Putin’s response to Sunday’s presidential election in Belarus. According to official figures (which many disbelieve), incumbent President Lukashenko won nearly 80 percent of the vote. Following the announcement of this result, violent protests broke out in cities across Belarus, with opposition activists complaining that the results had been falsified.

On Monday, Putin, however, chose to ignore the demonstrations and instead congratulated his Belarusian counterpart on his re-election. “I hope that your governance will facilitate further development of mutually beneficial Russian-Belarusian relations in all areas,” said Putin.

Lukashenko is not in Moscow’s good books at present. The Belarusian president has proven adept at playing the West and Russia off against each other, plotting a middle path for his country between the two sides. This has precluded Belarus from advancing too far along the road of integration with Russia. Since the Kremlin favors such integration, his stance has led to a certain degree of frustration in Moscow.

Given Belarus’ reluctance to do Russia’s bidding, Russia has been increasingly unwilling to subsidise the Belarusian economy by, for instance, supplying it with cheap oil and gas. This in turn has led Lukashenko to look to America, furthering suspicions of him in Moscow. The last couple of years have seen relations between Belarus and Russia spiralling slowly downwards.

Matters then took a serious turn for the worse during the recent election campaign, when the Belarusian authorities arrested 33 Russian ‘mercenaries’ who were passing through Minsk. Their destination was Turkey, at least at first.

Also on rt.com Arrest of 33 ‘Russian mercenaries’ in Belarus may have been orchestrated by Ukrainian intelligence – newspaper investigation

The Russians were accused of plotting to organize mass disorder. The preposterous nature of the charges, and the insinuation that the Russian state was behind the alleged plot, have seriously raised tensions between Moscow and Minsk.

That said, it seems that Russia would still prefer Lukashenko to the alternative, especially if it takes the form of revolution. While there is no reason to believe that Lukashenko’s main opponent, Svetlana Tikhanovskaya, is ill-disposed to Russia, and thus few grounds for fearing that a revolution in Belarus will pull that country out of Russia’s orbit and into that of NATO or the European Union, it seems that the Kremlin would rather not take the chance. Russian, indeed broader East European, history demonstrates that revolutions have a habit of getting out of hand. Violent protests against alleged falsifications of elections are something Moscow most definitely does not wish to encourage. It’s better to leave things as they are. (RT)

NATO is ‘provoking conflict’ in Black Sea, top Russian diplomat warns, saying confrontation could be on cards over naval drills