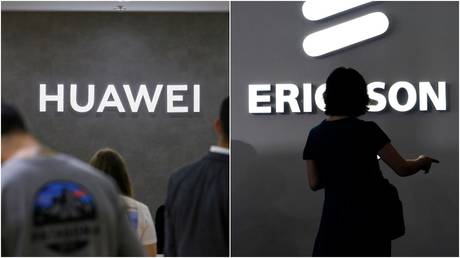 Sweden should reverse its ban on the use of telecom equipment from Chinese producers Huawei and ZTE in its 5G networks if it wants to avoid complications for Swedish companies working in China, Beijing said.

“The Swedish side without any evidence, has discredited China and cracked down on China’s telecom companies,” Chinese Foreign Ministry spokesman Zhao Lijian said of the ban during a press briefing Wednesday.

He added that “an objective and fair attitude” should be adopted by Sweden instead, and called on the country to “address its wrong decision so as to avoid negative impacts to normal economic and trade cooperation between the two sides and avoid bringing any negative impacts to Swedish companies’ operations in China.”

The warning from Beijing came after Sweden on Tuesday forbade its operators from relying on telecom equipment from Huawei and ZTE in the construction of the country’s 5G networks. The move was explained in light of security concerns, with the Swedish Security Service insisting that the Chinese government and intelligence services “can influence and exert pressure” on the two companies. (RT)