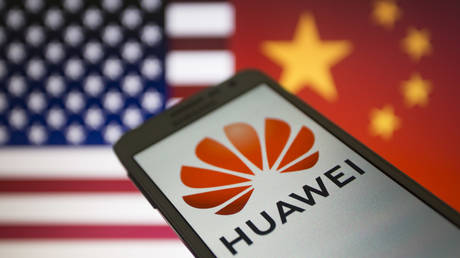 China has slammed the latest US move against tech giant Huawei after the outgoing Trump administration reportedly revoked the licenses of companies working with the Chinese firm.

Some companies, which had earlier been cleared to continue doing business with Huawei, now face the revocation of their licenses for exports to the Chinese firm, Reuters reported, citing sources. According to the report, a total of eight licenses from four companies were annulled, including those in respect of key chip supplier, Intel, and Japanese flash memory chip maker Kioxia Corp.

The Commerce Department also signaled that “a significant number” of license requests for exports to Huawei, some of which were pending approval for months, are likely to be denied, Reuters said. It is believed that US government agencies were still debating whether more than 150 licenses for $120 billion worth of goods and technology should be granted, while another $280 billion of license applications for Huawei have yet to be processed.

American suppliers to Huawei are meant to receive special approval from the US government to continue doing business with Huawei after the company was added to the US blacklist, officially known as the Entity List. (RT)