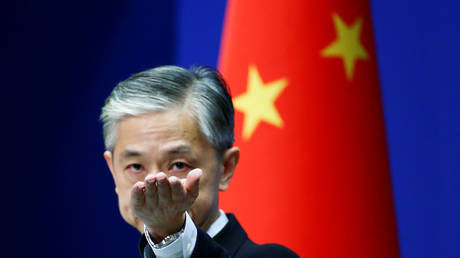 China has lashed out at Washington for impeding its efforts to crack down on Chinese criminals living abroad, rejecting allegations that five people recently arrested in the US were its law enforcement officers on an operation.

Foreign Ministry spokesman Wang Wenbin claimed on Friday that the five individuals arrested in New Jersey, New York and California earlier this week for conspiring to coerce a Chinese family to return to China to face charges were not law enforcement officers. Wang, speaking at a daily press briefing, labelled the allegations as “slander.”

China has been cracking down on corruption in an attempt to recover stolen money and arrest those involved, Wang said, adding that the US should stop its “baseless accusation and smears about Chinese efforts to pursue escaped criminals and recover stolen monies.”

The spokesman called on Washington to cooperate with Beijing on transnational organized crime and not to impede China’s pursuit of Chinese criminals living abroad. (RT)