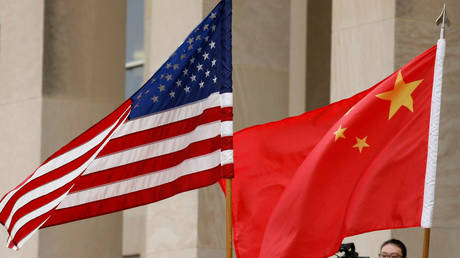 China will slap sanctions on four individuals working for US organizations who say they promote democracy abroad, the Foreign Ministry said, in response to what it called “blatant interference” in Hong Kong and Chinese affairs.

From Monday, the four – one of whom works for the National Endowment for Democracy, while the other three are with the National Democratic Institute – will be banned from entering the Chinese mainland, Hong Kong and the autonomous region of Macao, Foreign Ministry spokesperson Hua Chunying said.