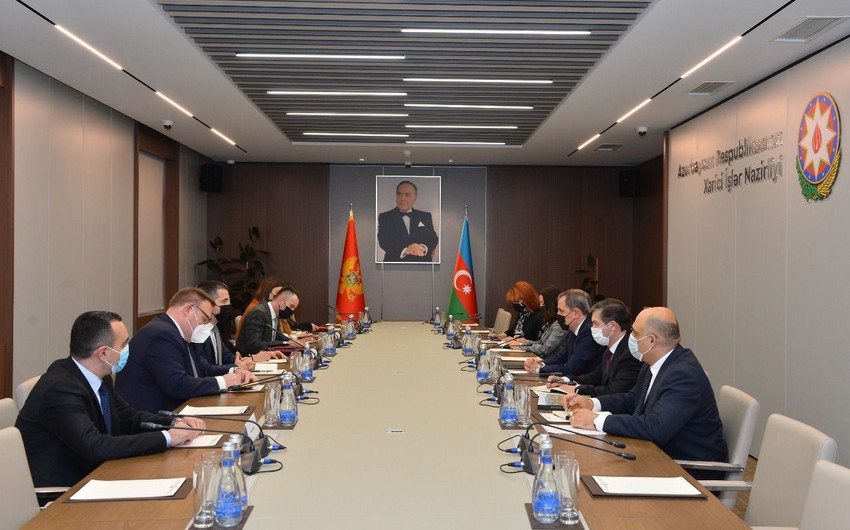 Welcoming the other side, Minister Bayramov said that Azerbaijan attaches great importance to the development of relations with Montenegro.

The minister expressed satisfaction with the high-level political dialogue between the two countries and the development of relations at the level of strategic partnership. Bayramov noted that the current visit of the parliament speaker and the meetings and discussions held within its framework will have a positive impact on the further expansion of bilateral relations.

Chairperson of the Montenegrin Parliament invited the Azerbaijani foreign minister to visit his country.

Minister Bayramov thanked for the invitation and said that Azerbaijan is ready and committed to the further development of bilateral relations.

Other issues of mutual interest were also discussed at the meeting.