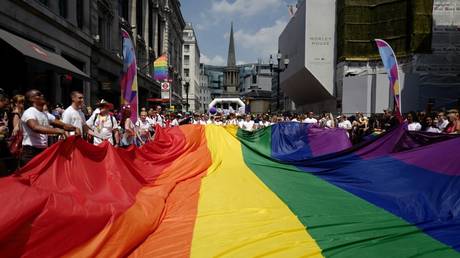 The BBC hired “trans and nonbinary inclusion” consultants to tell its staff that there are more than 150 genders and instruct them to police each other’s use of gender pronouns, the Telegraph reported on Saturday.

According to the report, the BBC emailed its radio producers and program editors urging them to attend several training sessions last year organized by Global Butterflies, a group that describes itself on LinkedIn as offering “Trans & Non-binary Corporate Inclusion Training and Consultation.”

During the sessions, staff were reportedly told that “people can self-identify themselves in over 150 ways, and increasing!” They were shown examples of newly-invented gender pronouns such as “xe, xem, xyrs,” and told to include their own pronouns in their email signatures to be more “inclusive and welcoming” and to further their “trans brand.”

Those opting to go by traditional “he/she” pronouns were told that these descriptors “can create discomfort, stress and anxiety” for trans and non-binary colleagues, and that “using correct pronouns and names reduces depression and suicide risks.” (RT)