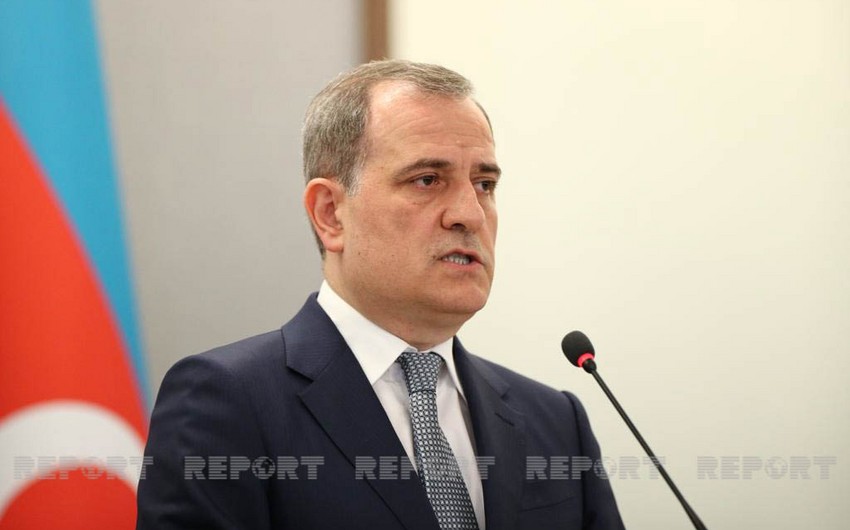 “On June 15, 2021, the historic Shusha Declaration was signed between Azerbaijan and Turkiye. With this, Turkish-Azerbaijani relations have officially risen to the level of an alliance. However, I think that if we look at the previous history, we will see that Azerbaijan-Turkiye relations have a deep history. This is a brotherhood, common ethnic cultural bonds,” said Minister of Foreign Affairs of Azerbaijan Jeyhun Bayramov, Report informs, citing TRT Haber.

“However, if we look at the development of our relations as two independent states during the last 30 years, we will see how rapidly we improved. Azerbaijan-Turkiye relations were developing very positively and intensively. These were all in sight, and there was a very serious rapprochement and cooperation in all areas,” Bayramov said.

He noted that in addition to all this, Turkiye stood by Azerbaijan during the Patriotic War that started on September 27, 2020.

The minister stressed that Turkiye’s support to Azerbaijan was at the highest level not only during peace but also during war. Bayramov said that all Turkish officials, political parties, members of the Grand National Assembly, and the entire Turkish nation, including President Recep Tayyip Erdogan, stood by Azerbaijan during the 44-day Patriotic War: